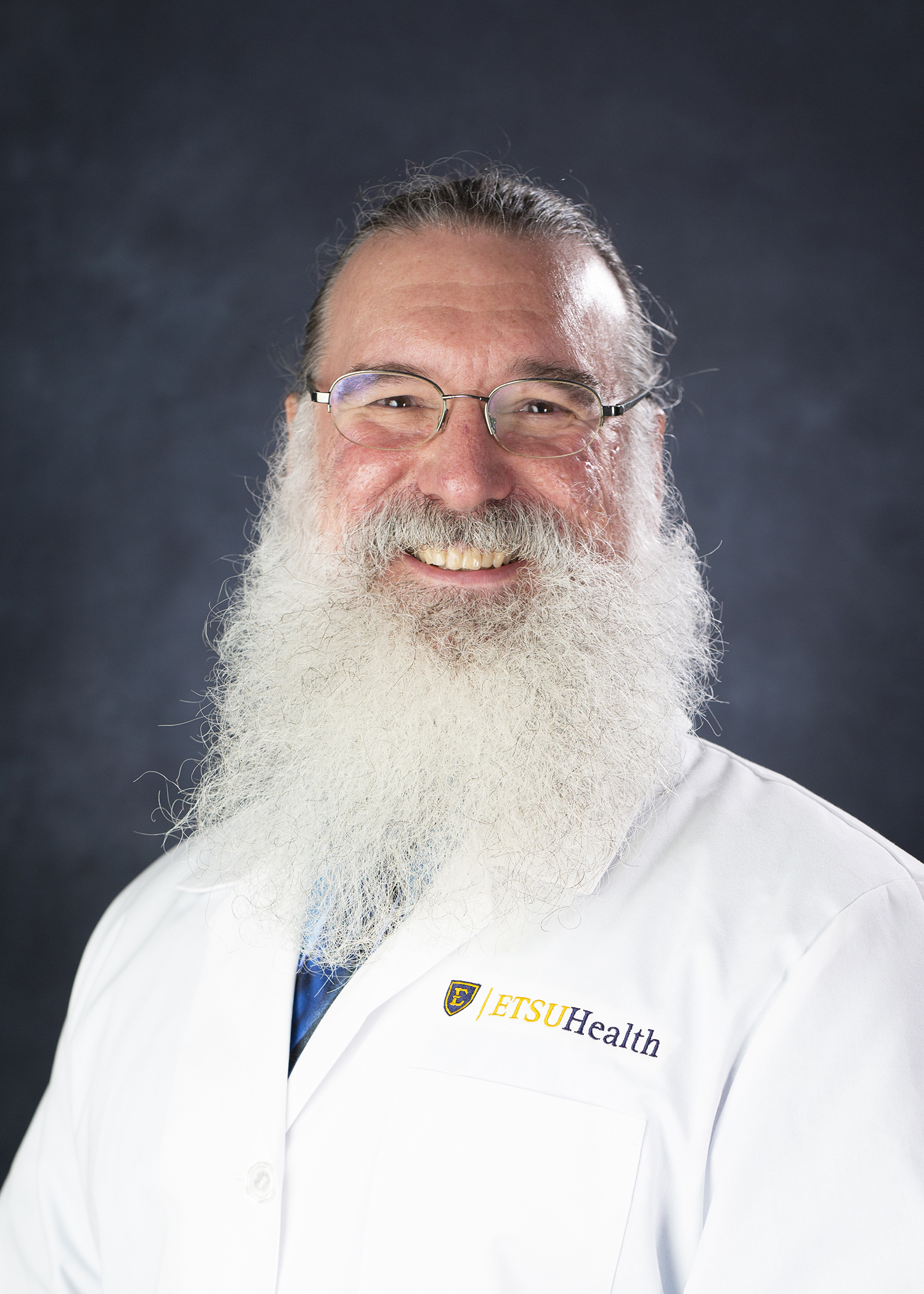 I decided to return to an academic setting to try to change what I could from within the system. I use my practice experiences to fill in gaps left by my traditional allopathic training. I am always looking to integrate different healing systems when caring for my patients, and routinely prescribe botanical and allopathic medications, discuss exercise and nutritional issues, explore a person's emotional and spiritual support systems, and refer to other healers, such as a local practitioner of Chinese medicine and Native American healers. Moreover, I have greatly enjoyed learning osteopathic techniques here in Kingsport.

My wife Alex and I relax at our home, a Certified National Wildlife Federation Backyard Habitat, with our wildflowers, herbs and family of dogs, cats, rabbits, and a fox. My hobbies include soccer, volleyball, reading, and going to 18th century period rendezvous.

ABFM (American Board of Family Medicine)